Needed something to test out my new player, I may have got a bit overexcited... 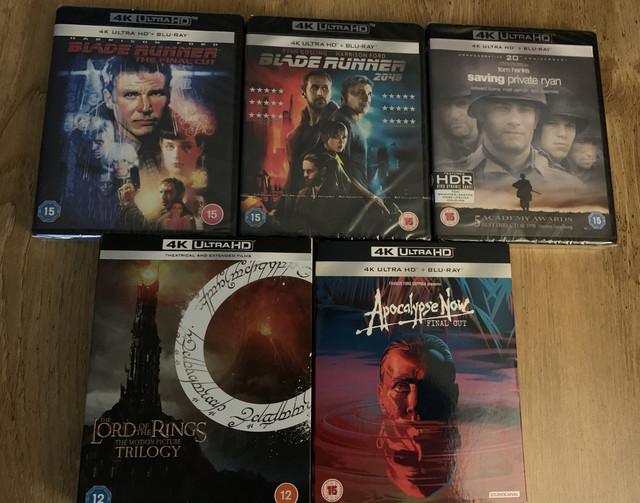 Raid wrote: ↑
Tue Aug 31, 2021 6:40 am
Is there much of a discernible difference between a UHD stream and the blu ray in terms of picture and audio quality?

I feel thats incredibly misleading. Sure, raw numbers you are getting 8 times the data from a disc than from streaming but fully uncompressed information is not directly comparable to compressed information in that way. To say a 1080p BR is 5 times better an image than a nextflix 4k just because its transferring 5 times the data is also nuts. I feel you cant really do a video like this without going for full pixel crops of the same content running on each format. I'm not saying disc isnt much better, it is but its more akin to high bitrate MP3s vs flac. Flac transfers 5 times more data but it isnt 5 times better and you also need the equipment and senses to even differentiate them. The majority of people have shit headphones, shit TVs, shit eyes and shit ears.

Also that new Attenborough show about animals shagging is real good in 4k.
I used to be eVoL but I got better.
I like everything now.
Top

I don't think it's that misleading. To someone half-watching on a shit TV with inbuilt speakers while playing on their phone, yeah, they're probably not going to notice the difference or care about it, but 4K physical media isn't aimed at them. It's aimed at enthusiasts who want to experience films in the best possible format, and in that respect 4K discs are generally noticeably better quality than equivalent streams. I didn't take from the video that it's 5x better because the bitrate is 5x higher - I took that he meant the hugely greater throughput of data results in an unquestionably better image, particularly with dark and fast moving scenes. That's definitely been my experience with it. The Long Night in Game of Thrones is actually watchable on 4K disc and you can see the action. Star Wars is a night and day difference between the disc 4K and Disney+'s shitty 4K streams.

If anything, streaming services calling their offerings 4K is what is misleading, because you're not getting the real deal. So what if most people don't care? Maybe they would care if they knew they were being shortchanged.

I also don't think shitty equipment can be blamed these days either, as you can get TVs and speakers that effectively show off proper 4K for a reasonable price. I've got a £500 TV that's several years old and a semi-decent soundbar that I've had for a decade, and with my rubbish eyes and ringing ears I can absolutely tell a difference.
Top

After watching this I am in the market to get the original Star Wars trilogy on UHD when I stopped subbing to Disney+
Games playing : Mafia DE / Dead Space (again) / Ghost of a Tale
Top

Achtung Englander wrote: ↑
Wed Oct 20, 2021 11:41 am
After watching this I am in the market to get the original Star Wars trilogy on UHD when I stopped subbing to Disney+

It's really worth it. After watching the disc version of A New Hope, the Disney+ version feels like it's from Wish.com.

I've had a bit of a spending spree on 4K. Got the Christopher Nolan Batman trilogy and Planet Earth 2 coming today, and tomorrow I've got the Columbia Classics vol. 2 coming, which includes:

I've little interest in the last two, but my parents definitely do so I may just give them as an extra Christmas present. The reason I've splashed out on the collection is that none of the films are available separately on 4K, and supposedly the quality of them is exceptional. I love the first three films and I've never seen Anatomy of a Murder, but it's regarded as one of the all-time classics so I'm looking forward to it. I really wish I'd got volume 1 before it sold out, because it had an incredible line up (only Gandhi is available separately as far as I know):

Gandhi
Dr. Strangelove
Lawrence of Arabia
Mr Smith Goes to Washington
Jerry Maguire
A League of Their Own

Goes on ebay for hundreds of pounds now.

I'd be interested to know how good Apocalypse Now looks (and which version it is), as I've had it on my wishlist for a while.
Top

It's the "final cut" 182 mins, haven't watched it yet but with hdr I'd expect it to be superior in the film's many night scenes, and accurate colour balance.
Formerly Dr@gon-UK, but still the Forum Fossil

This is on my wish list for UHD. I'll get 2 discs a month. Kind of need to pace myself now as I have spent a shit load on eBay Blu Rays that are going for less than £5.

This is my UHD collection so far 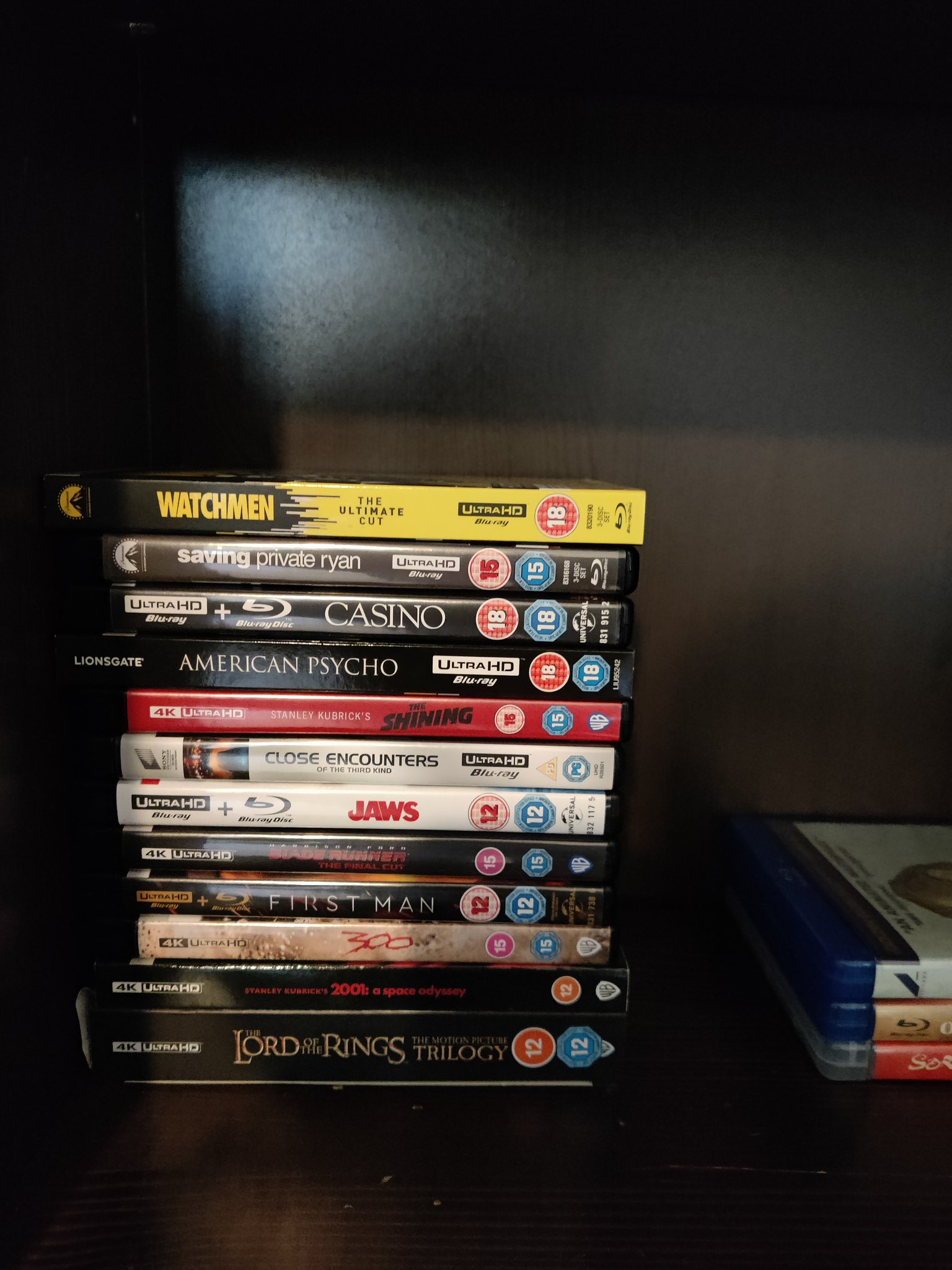 This is what I like to see on UHD

Ooh, what’s Watchmen like in 4K? That could easily go on my list. Shawshank and Jurassic Park are what I’m eyeing up in the near future. I’m going to be destitute at this rate!
Top

This video shows the improvement on the BD.


Btw - this channel is utterly invaluable.

Agreed, it's a great resource for deciding if there's enough of an upgrade to make it worth the expense.
Formerly Dr@gon-UK, but still the Forum Fossil

I bought the Arrow master of The Long Good Friday so I don't need my older Blu Ray which is inferior.

Anyone want it for free PM me and I'll post it to you
Games playing : Mafia DE / Dead Space (again) / Ghost of a Tale
Top

Having just watched the glorious 4K disc of Blade Runner 2049, I decided to compare a few scenes with the Amazon Prime 4k stream. It’s pure garbage in comparison - it’s not even close. The bitrate is so low that it causes high judder when the camera pans, there are artefacts everywhere, the image clarity is utter bollocks and the colours lack the vibrancy that HDR brings. I know most of the streaming services have lowered their bitrates over the last year to reduce demand on their servers, but this is a wake up call as to how inexcusably poor the quality is becoming. Subscription fees go up, quality goes down.

If anyone ever needs convincing of the value of physical media over streaming, this is a stark argument, plain to the naked eye.
Top
Post Reply
68 posts